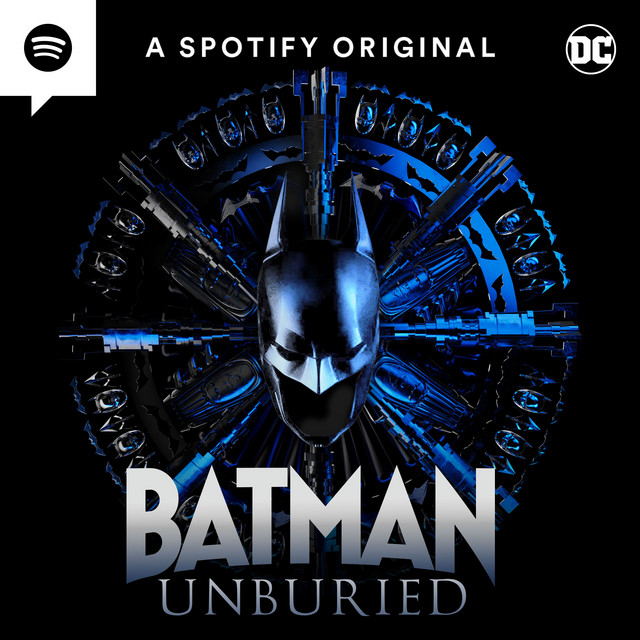 Explore in more languages. A serial killer known as The Harvester terrorizes Gotham City, but Batman is not coming to the rescue. In fact, Bruce Wayne has no memory of being the Caped Crusader at all. Instead, Bruce is a forensic pathologist, performing the autopsy on the latest victim when he’s attacked by the killer himself. As Bruce’s obsession with the Harvester consumes him, Dr. Thomas Wayne, head of Gotham City Hospital, orders his son to take medical leave and seek treatment from an unusual psychologist, Dr. Hunter. With Batman missing in action, Detective Barbara Gordon is left with no other choice but to seek help from Gotham’s second smartest detective: The Riddler. Batman Unburied is created by David S. Goyer and stars Winston Duke, Hasan Minhaj, and Gina Rodriguez. Batman Unburied was produced by Phantom Four & Wolf at the Door in association with Blue Ribbon Content and DC for Spotify.New Episodes every Tuesday.

Where can you listen?